Today I went on that Shopping Spree I threatened yesterday.  I stopped at Lowe’s for some electrical wire staples and one other item.  The store has bins and bins of items right in the main traffic aisles.  They are hoping to lure you into “impulse buying”.  I succumbed.  There was this attractive neon green screwdriver I just could not resist.  It’s not like I needed a new screwdriver, but this one was so shiny and new.  Also most of my drivers are of fixed average length.  This one has a shaft for both average AND stubby length!  (I had needed the stubby feature earlier this week). There are 11 different bits and they are stored in the handle!  And it was under $10.  What more could any gal want?  This is much better than a new pair of shoes.

Plus I found a penny at check out when paying for it.
Posted by PennyFinders at 11:39 PM No comments:

When you are speaking with someone are you hearing their words or their meaning?
Are you really understanding what they are trying to convey to you?

This morning as Doc and I were in the bathroom preparing for the day, we had two humorous moments.

At one point Doc said, “I’m glad you are built like a rhinoceros versus a gazelle”.  Some women may have taken that as a rude comment and thought: “I’m heavy, ugly, fat, unappealing, etc. to him.”  That could result in negative feelings about themselves.

Instead, I laughed saying “Thank You Sweetheart, I’ll be your Rhino”.  I KNEW his meaning versus hearing his words.  What he was meaning was, “You are built like me.  We fit together well  You are solid.  I can count on you.  You don’t care about the latest fashions and trends.  Your strength is what matters.”

Then I said, “But I am still heartbroken over Sasha’s Trip being cancelled. Perhaps today I will do what some women do. Perhaps I should go shopping. Buy some new clothes and some 4” high heeled shoes.”  Doc replied, “You might get really hurt if you dared to do that”! Some women might hear those words as a threat.  That there might be serious consequences for spending money on a wild shopping spree.  I burst out laughing saying, “You are correct!  I can barely walk in flat shoes, let alone high heeled shoes!”  Just the mental image of me trying to walk in high heels had both of us laughing.  I would be Doc’s little Rhino in High Heels!

Lesson for today:  It’s More than Words.
Strive to understand the Deeper Meaning of what your ears are hearing.
Posted by PennyFinders at 9:58 PM No comments:

Sunday during their interview and filming, the research team asked how I chose what to write about and what to omit.  I replied that in the days of Consecutive Penny Finding it was pretty easy.  I could write about the coins found each day and any attached messages.  After that point, additional ‘good news’ stories would come up and I would be so full of joy, I would write and share those with others.

Today I will take a different tactic. I will write about the CRAP in the day.
Warning: This message may contain “offensive content”.

=    Sasha had his interview at 10 p.m. last night our time.  I checked email every few minutes from midnight through this morning awaiting his results.  No sleep.  Grumpy Crap.
=    A worker came to the house to fix a problem at the very same time Sasha was trying to call me with his interview debrief.  Ironically the work was in the Guest Room where Sasha is to have stayed. Frustrating Crap.
=    The installer could not fix the problem. More Crap
=    One dog peed on the Master Bedroom floor.  Wet Crap.
=    Sasha said his visa request had been denied (Details on Sasha’s Journey) .  Super Duper Big Time Heartbreaking Crap
=    Our rental management company said the renters had moved out leaving nearly $4,000 of fix up work to be done.  Costly Crap
=    Doc pointed out a stain on a curtain and when I went to wash it out, the rod failed and needed repair work.  Cheap Crap
=    Doc went outside to water his vegetables and came back into the house with dog poop on his shoes.  Very Smelly Crap
=    By noon I had a headache from all of the above, lack of sleep, and lack of food.  Painful Crap
=    This afternoon I had to get away from the house and computer for a little while.  The door lock on my truck would not open as I tried to get out of the vehicle leaving me momentarily trapped.  Old Crap

And there is more, but you get the gist of the day.  Other than helping me to vent my frustrations, re-hashing the CRAP does not help a whole lot of other people.  So why do that?

Instead: Let’s look at “How Can it get Better Than This?”
(In today’s case there is huge potential for that).

I have a good, solid foundation upon which to construct a new and better day tomorrow.
=    Doc is a wonderful husband who has been totally supportive of this Sasha project and was up with me most of the night
=    I am healthy
=    I am caretaker of a beautiful home
=    Our two sons are intelligent, healthy, loving, self-sufficient men with wonderful spouses, homes and children
=    I have friends who are ready to assist me in whatever ways they can - from offering prayers and hugs, to punching out the Embassy Officer!  LOL
=    Sasha and I have met some really great new people as a result of this Journey
=    My heart is at peace knowing that I have done my best with all of my projects

The list of things for which to be grateful is endless.

Today’s Lesson: Forget the Crap and Just be Grateful!

Note:  Yesterday I found an incredibly shiny new penny dated 2013.  Sure to be a good year still ahead … 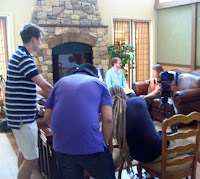 This morning (yes, a Sunday morning), Attorney Kenneth White called to confirm some details for his letter of support for Sasha.  More about that on the  Sasha Journey Blogsite.  So many people are pulling together for this effort. It is inspiring!

After that, the USC University Research Team arrived and conducted their interviews and filming for two hours.  It made me consider some of the factors, reasons, risks, etc. about writing Penny Tales for all those years and now for the Tales from the Penny Palace.  How does a person scientifically explain “Nudgings”? 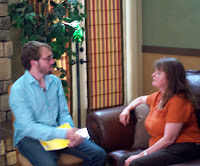 Doc stood in the wings and lovingly encouraged me as I was desperately seeking answers to the questions being asked of me.  I did manage to insert some lines which I hope will make it into the documentary film.  For instance: “It’s the Message, not the Money” when it comes to Penny Finding.

***********
After dealing with the attorney and then the research team, I was wiped out.  So Doc and I changed into work clothes and FINALLY hung towel holders in the Aussie Bathroom.  I had searched for weeks both on line and in the stores for one.  What I found was either inappropriate in style, dimensions, or practicality.  So this week I decided we would create our own.  I found two paper towel holders (because they were a good length) which we used as the bars.  Doc cut off the feet and then we screwed the bases into the wall cabinet. I just need now to paint the screw heads.  Little steps of progress.  I had hoped to have much more done at the Penny Palace before Sasha’s arrival, but instead the focus has been switched to just getting Sasha here!

And of course, the Penny Finding continues almost every day …
Six pennies at the first grocery store this evening and 2 dimes at the second store.