You KNOW that Doc and I often get involved (or dragged into) some of the most interesting "projects".

From solar cars to the Garden of Hope, from Penny Palace to racing in Abu Dhabi, there is NEVER a boring day.

This afternoon we were offered a new opportunity in which we are both Honored and Terrified.  We were asked to officiate at a wedding!  (We didn't know "common folk" could do such a thing).

These two "kids" are two of the most talented Engineering Students we had the privilege of working with at Cal Poly Pomona.  We have watched them grow as individuals and as a couple over the past nine years.

Next step:
Doc and I might need to search all our old textbooks to see if there is an equation we can "plug the words into" to come up with the "Correct Script!"  LOL

Some of you might recognize Andrea Ferris and Kevin Salvini: 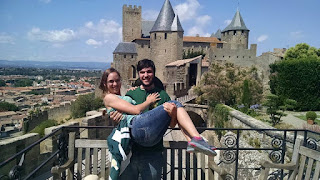 Have you ever spent days searching for something around your house?  You KNOW it’s there – somewhere.  That was my situation for the past week.  I had been searching for my four foot folding table.  I searched every room, closets, both garages, the loft, the dungeon and any place else I could think of.  I searched some of those several times.  The table seemed to be nowhere in this house. (Or perhaps my eyes were just not seeing it).

Yesterday I finally gave up and muttered, “Hello Angels.  I have been unable to find this table on my own; I am asking for YOUR help.  Please open my eyes to help me see the table”.

A few hours later, I was tucking Liesel and Sheila in their cages next to our bed.  As usual, I tossed them their treats.  One of the treats went astray and I had to reach to get it.  I came up short and bumped my head on the table over the doggie beds.  THE Table!  AHA!  There it is!  The angels actually knocked me on the head to show it to me!   LOL 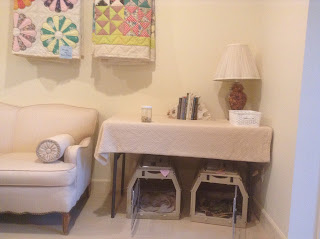 Doc and I just went out to the driveway for a few minutes to quickly give something to Daughter-in-Law Laura as she passed by. I realized we had left our breakfasts on the table.  OOPS! ....

When we returned to the kitchen, my fork was on my chair and my bowl was on the floor. I had left it with chicken breast and garlic sauce in it.

Doc's plate was still on the table.  (Good thing since it was glass). One side of his plate had fork, knife, and some remaining sauce.  The other side was VERY clean.  Just how did it get that way?

Dundee has a plastic cone on his head, Sheila can't jump very high, so that leaves only ONE guilty candidate....

I scolded Liesel and she sheepishly slinked away.  A few minutes later she was back in the kitchen with her happy, wagging tail.

I told her she was “A Very Bad Dog”!  She looked at me with the cutest face and replied, “I prefer to think of myself as GOAL ORIENTED!” 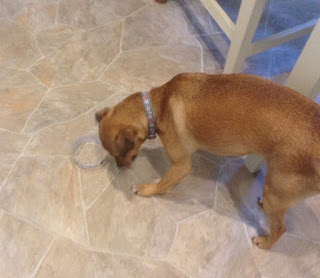 April Showers have brought May Flowers …  A new mailbox display.  A colorful maypole to celebrate the beauty of this new month.

The previous (Tax Time) mailbox display was well received.  People said it made them reflect upon the many blessings we all have.  One reader even posted the Tax Time banner on her Facebook – helping to Spread the Joy! 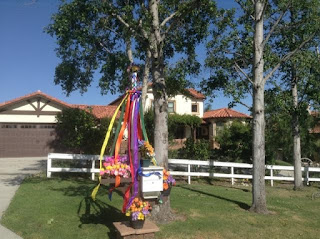 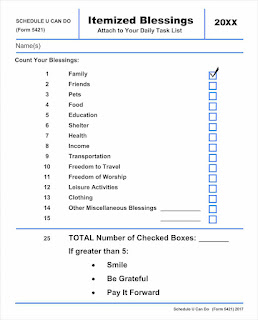 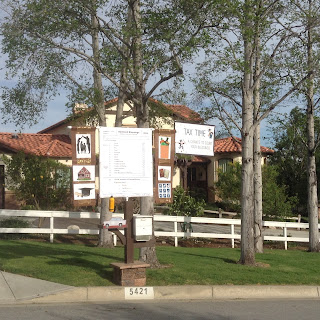