I’ve heard that Angels often use light and electrical devices to make contact with us.  Perhaps that is what they were doing today.

I had a store voucher for $200 which would soon be expiring.  I had searched the store catalog, but there was nothing I really desired from there.  This was not a Gift Card and could not be used by anyone else.

I felt a need for something "creative" and since the store was offering a quick decorating session, I attended that while Doc got his daily Starbucks jolt.

When Doc came into the store, he pointed out a floor lamp which he liked!  I had looked at that lamp numerous times in the past and thought it attractive, but there was no way I would pay $350 for a floor lamp!  Doc noted that it was priced at $250 (not the $350 for which it was listed and the price on an identical lamp elsewhere in the store).  That lower price was for the 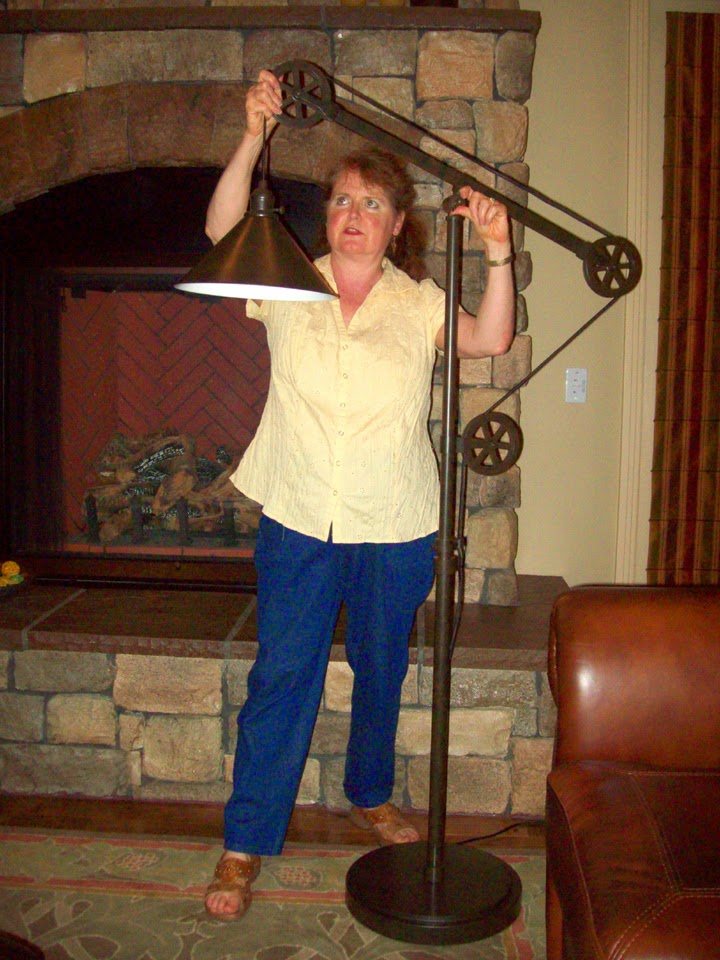 I had my $200 voucher, plus there was a 10% discount for any purchases after the class.  So that would mean only $25.  I told the sales cashier I wanted THAT lamp.  She said it was the display model and they would get me a new one from the warehouse in back.  She rang it up at $350.  I said it was not fair to "Bait and Switch" like that.  She said she would need to speak to her manager.  She came back saying, "The Angels must be with you today!  Since the lamp was clearly labeled at $250, by law we must sell it to you for that!  Our mistake!"  Then she said there was a 20% on any one item after the class.  That meant an additional  $50 discount which made the cost of the lamp ZERO!    (Except for the CA sales tax).

It’s amazing what happens when you let Angels “Light Up Your Life!”
Posted by PennyFinders at 11:55 PM 2 comments: