This week I won a Holiday Themed Chalkboard which read “Ho Ho Ho”. Since I do not decorate for Christmas, I was planning to bring it home and immediately place it into the “To Be Donated” box.   I was headed out to the garage with it, but decided instead to modify it to express MY sentiments.  It now reads “Bah Humbug!” I see Christmas as a three-month frenzy of businesses trying to make money.  In addition, many people use Christmas as an excuse to overeat, overdrink, and overspend.  People rush around buying, baking, cleaning, decorating, etc. and get so stressed over it all!

I choose instead to relax and extend Thanksgiving through the month of December.  No gifting, cooking, decorating, shopping or wearing of holiday sweaters!  “Bah Humbug”!

Posted by PennyFinders at 5:36 PM 4 comments:

It never rains in Southern California right?  Wrong.  Today was gloomy and drizzly – just like my mood.  Escrow was scheduled to close tomorrow, Wednesday, the 3rd.   I was planning to go up there, one last time, hold Doc’s hand and wander through the house saying “Thank You and Goodbye” to that wonderful place.  The realtor called in the morning to say everything would be finalized today!  Poop.

I was doing chores around the house and gushing tears when Doc came home at 10:30 a.m.   Doc quickly assessed the situation.  He said, “pack your stuff” we are heading up to the cabin.  My “logical side” argued back at him.  “It would take me an hour to shower and pack the gear for today.  Then it is an hour’s drive up there.  We have a 1:30 p.m. class way out in Fontana. With the rain and the traffic we could not make it on time.  Plus we have a 4:45 p.m. meeting at school.  After that we would need to change clothes in the bathroom; suit and tie (Doc) and a dress and heels (me) to be at a Retirement function by 6 p.m.  That is just way too complicated.”  Doc simply said, “Go get ready and pack your bags”.  I protested; he insisted. 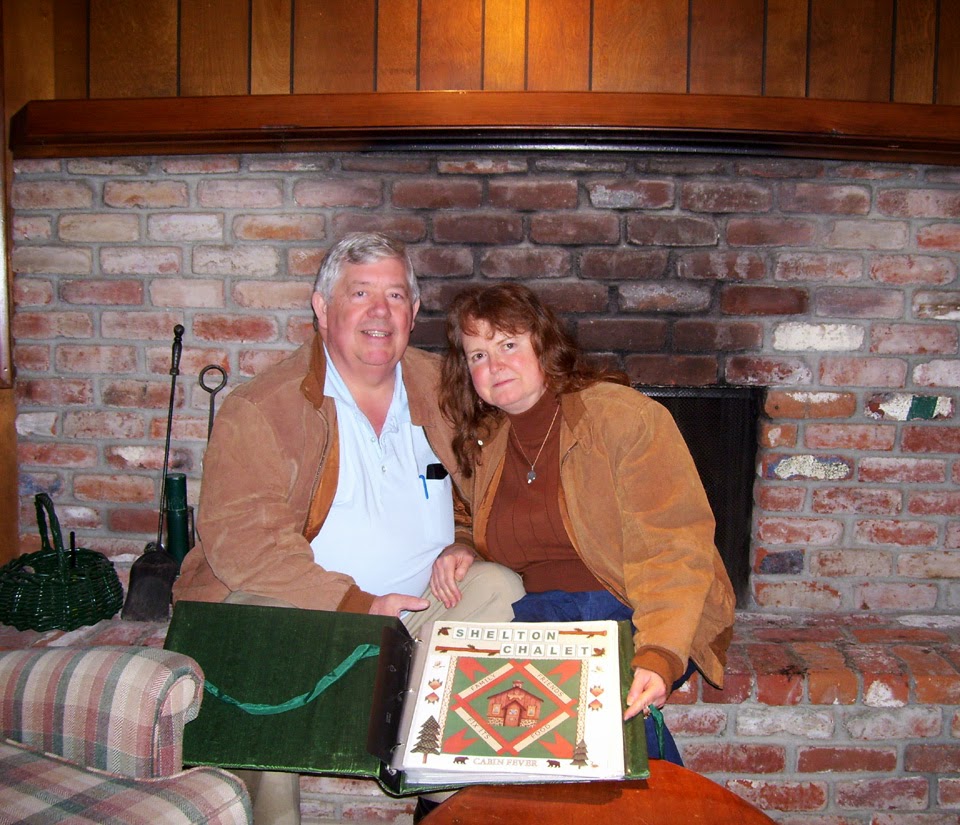 We arrived at the cabin to find the new owner had already parked his trailer in the carport and put many of his tools inside the house.  Since he was not there and the cabin was still ours, we went inside and said our goodbyes. 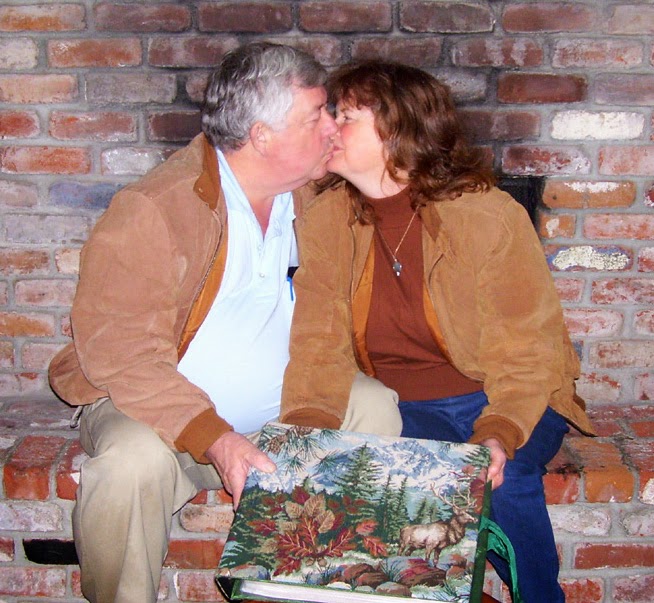 ***********
As we started down the mountain, Doc suggested that we have a nice lunch and a drink to Celebrate the sale of the cabin.  I agreed.  We ordered deluxe burgers at the McDonald’s drive up window.  I broke off pieces and hand-fed Doc his burger since it was rainy and he needed to keep both hands on the wheel while driving.  His “stop for drinks” of course meant Starbucks to get a coffee to keep him awake during class.


At the evening function there were elegant appetizers and desserts served.  There was a champagne toast as well.  While everyone else was toasting the Retiree, Doc and I used that moment to also celebrate the 15 wonderful years of memories which the cabin provided to so many people.  Thank You Cabin!
Posted by PennyFinders at 11:26 PM No comments: