Today was the final session to take our belongings out of the cabin.  My heart was heavy.  I had written a heart-felt letter ten days ago to the new owner asking him which things he wanted and if we could perhaps meet with him, tell him some of the “stories” about the place and share with him the special Memory Album.  He never responded. 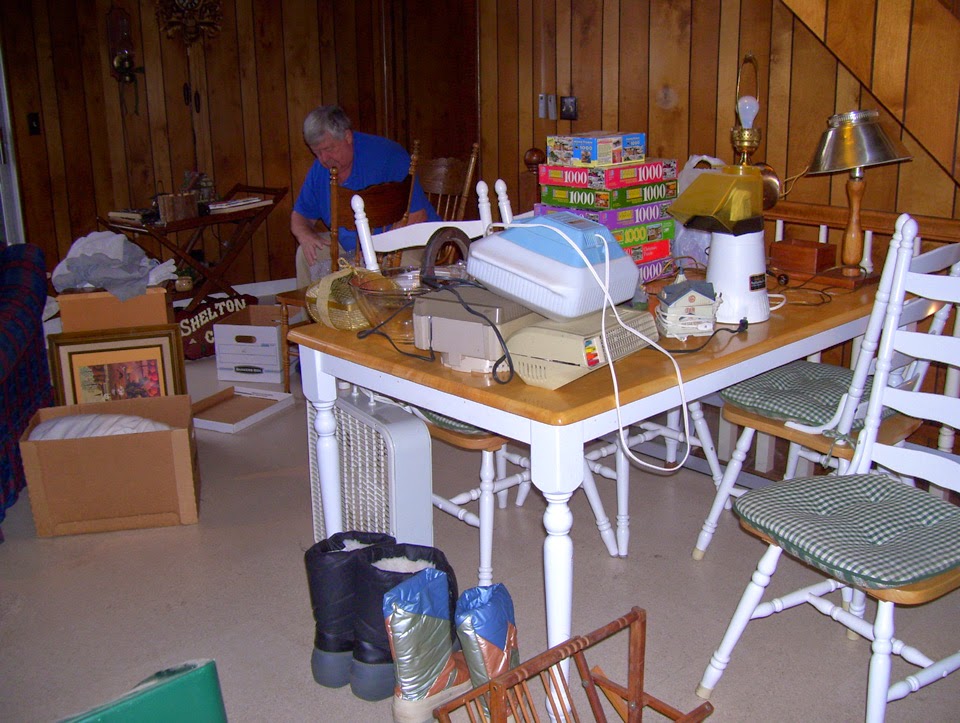 We arrived at the cabin at 11 a.m. and packed up a first load which we transported to the Mountain Thrift store.  We took more than I originally planned because if the new owner was going to be rude and ignore me, then I was not going to be overly generous with him.

My plans were to be driving away from the cabin by 3 p.m.  Doc and I were packing and loading to meet that deadline.  Approximately 2:58 p.m. a guy pulled up in front of the house and asked if Doc was the plumber there to fix things!  I went out to drag Doc back inside when this stranger informed us that HE was the new buyer!!!!!  He was driving from Lancaster back to Palm Springs where he was staying, but he was “nudged” to drive past the cabin.  That would be one heck of a detour!  Was that COINcidence?

I asked J.B. how he had planned to get inside the house.  He said he was merely going to drive past.   So of course we invited him in.  (So much for that 3 p.m. deadline).  I spent probably 45 minutes with him showing him everything from the blueprints of the house to the owner’s manuals, lockbox, controls, cuckoo clock, and of course, the precious Memory Album and Visitor’s Log.

I finally asked J.B. why he had never responded to my letter?  He said he never saw it.  That time together was really nice.  My hurt was healed and there were hugs exchanged before J.B. left.  He promised he would take good care of the place. 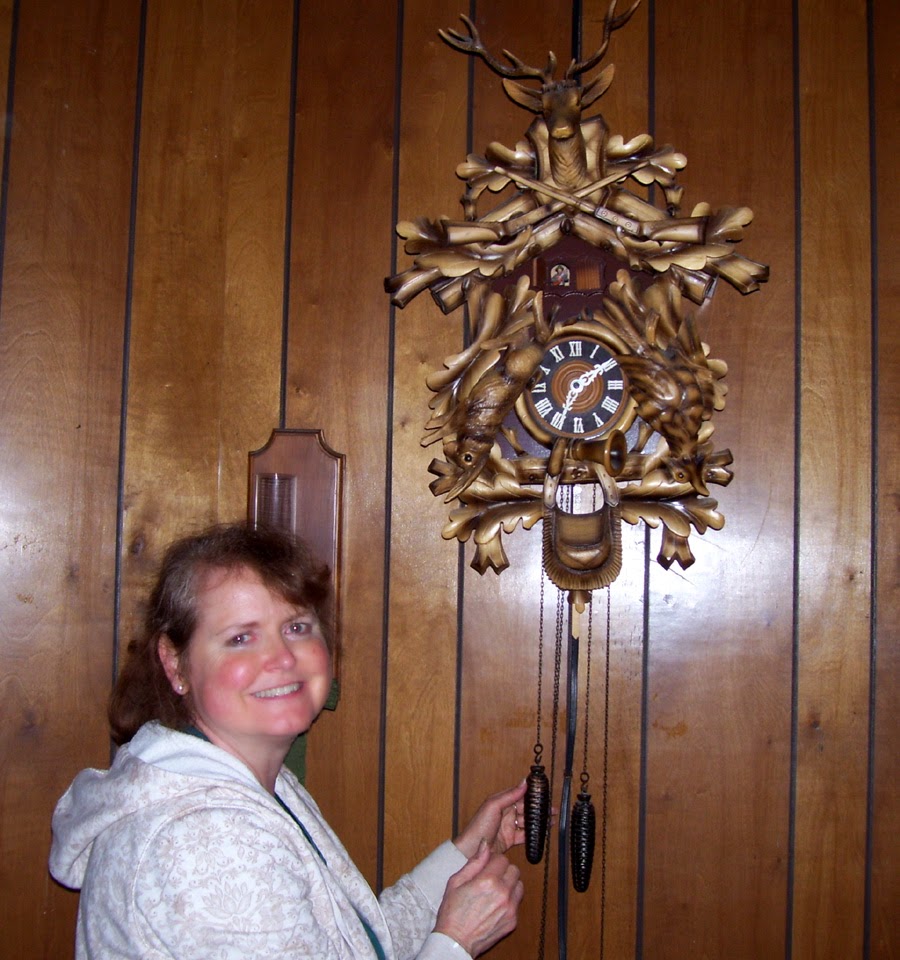 Remember the COINcidence on November 25th about the cuckoo clock?  It gets even better.  My father had hung the clock on the wall when he visited.  Since I did not know how to operate the weights, I had never heard the clock chime.  When I took down the clock to dust it and get it ready for Neighbor Debbie, it chimed for me!  And the little carved figure came out of the doorway.  Special JOY moment and tears streaming.

Doc has been asking me what I wanted for my birthday today.  I could not think of anything, so the Angels came up with TWO great answers.

Our mountain cabin has been listed for sale these past five months.  Last week we had an offer and the process is in escrow.  We have begun removing our belongings.  There are two items which are somewhat special to me and my heart was “heavy” in not knowing what to do with them.  One is the deer head which my brother gave us because: “No cabin is complete without a deer head” and the other item is a wooden carved Cuckoo clock which my father gave us while visiting there.

This morning I typed to the neighbors who own the cabins on either side of ours and asked if there were any items they might need to furnish their places.  (The guys on one side are new owners and have just completed major renovations).  I asked if they would need furniture, linens, kitchen ware, etc. and then (semi-jokingly)… or even a deer head?   The guys said they would like Mr. Deer!  YAY.  It appears Mr. Deer may have a new home.

This evening Neighbor Debbie responded to my email. Here is word for word what she wrote:

“What I was really looking for was a snow blower and curtains.... Oh and a koo koo clock, since my clock got stolen…Let me know if you have any of these items.”

When I told Debbie that I did, in fact, have a cuckoo clock and sent her this photo, she responded with: “I really love it!!!!! How much are you asking for it??  OMG!!!!! Definitely will super enjoy it!!!!!!  I'd be honored to have it!!!!! Totally appreciative and will never take it for granted!  I understand your sentimental value to it and I would gladly hang it up in my cabin.”

Tonight my heart is Smiling with those two unexpected Birthday Gifts – loving homes for Special things.

It really is so much more fun to Give than to Receive.

P.S.  I was about to post this Tale, but decided instead to open a parcel which arrived a few days ago… The parcel contains a gift from a friend – a book entitled “The Story of STUFF and our Obsession with it”.  How funny is that?  COINcidence?
Posted by PennyFinders at 11:55 PM No comments: